​​The year of 2016 was the premiere of BCAH’s Broomfield Community Players (BCP),  a theatrical group for those 16 years and older. Community input indicated a desire for an adult theatrical group. BCP has produced The Importance of Being Earnest, Plaza Suite, and Death Trap. ​

Award-winning author, Neil Simon, created this farce based on the fact that truth becomes slippery when multiple people retell it. Remember the telephone game from school? The show takes place at a large, tastefully appointed Sneden's Landing house, where the Deputy Mayor of New York has just shot himself. Though only a flesh wound, four couples are about to experience a severe attack of Farce. Gathering for their tenth wedding anniversary, the host lies bleeding in the other room, and his wife is nowhere in sight. His lawyer, Ken, and wife, Chris, must get "the story" straight before the other guests arrive. As the confusions and mis-communications mount, the evening spins off into classic farcical hilarity.

Please come prepared to perform a 1-minute memorized comedic monologue and bring a resume and head shot. In lieu of these, we will have a resume form for you to fill out and will take your picture. We are working to make this experience as safe as possible for everyone involved so, please bring proof of Covid vaccination.

ROLES:
The cast for RUMORS includes a total of 10 actors. All ages listed below are “playing ages” though we are fully prepared to flex them.
KEN GORMAN – (40’s) A well-to-do lawyer. Wealthy, but by no means pretentious. Takes charge of the situation. Married to Chris. Halfway through the show, a gunshot causes his temporary deafness.
CHRIS GORMAN – (mid-30’s) Another lawyer, married to Ken. Easily flustered.
Frantically tries to maintain normalcy at the party. Has recently quit smoking, which
drives her to drink a bit more.
LENNY GANZ – (late 30’s, early 40’s) A wealthy accountant, distraught over the recent
destruction of his new car. Starts the show with an extreme case of whiplash. Intolerant
of the gossipy-lifestyle that he is often involved in.
CLAIRE GANZ – (Late 30’s) Lenny’s wife. Very concerned with appearances (hers and
others'). Starts the play with a swollen lip. Likes to gossip.
ERNIE CUSACK – (Early 50’s) A psychiatrist. Affable. Loves his wife very
much. Tries to be as helpful as possible cooking the evening’s dinner.
COOKIE CUSACK – (40’s) Has her own cooking show. Suffers from extreme back spasms. Loves her husband very much. A bit absent-minded at times.
GLENN COOPER – (40-50) A gentleman running for State Senate. Worried about his
own reputation. Struggles with placating his wife, who is convinced he is having an affair
(which he may or may not be).
CASSIE COOPER – (late 20’s, early 30’s) Glenn’s wife. Obsesses over her
husband's relationships with other women. Quick to anger. Must rub her quartz crystal to
calm herself down.
OFFICER WELCH (M) – (30-50) A city police officer having a rough night. Does not
tolerate lying. Sees through the “classy” façade that these high-society types put up.
OFFICER PUDNEY (F) – (20-30) Welch’s partner. A strong but silent type.

REHEARSALS:
First cast meeting – June 30 from 7:00 – 9:00 p.m. at the Brunner Farmhouse in Broomfield, CO. Evening rehearsals begin in Broomfield July 5 through July 28. We will then transition to Westminster High School through performance.
Broomfield Community Players is an all-volunteer organization and there are no paid positions.

CONTACT US:
For more information and/or to designate which audition you will attend, please contact Jo Ramsey at jramsey1173@gmail.com.

Everyone involved with BCP productions are volunteers and all proceeds benefit the continuation of this community theater program, so please donate to BCP by clicking on  the Donate button at the top of the page.
​

Broomfield Community Players continues to be a volunteer-based group. It’s free for you to participate and explore your talent whether you are starting out or have several productions to your name. We continue to grow and invite you to keep up with us through social media on our Facebook page.

To support a BCAH program, like BCP, send a check to BCAH and note the program name on the memo line. To donate online, click the “Donate” button, and specify the program to which you are donating. 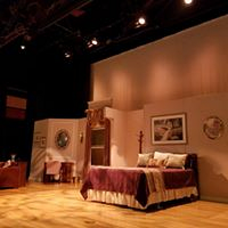 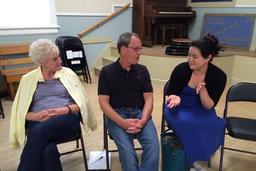