Summer Sundays began on June 12, 2016, and welcomed many families and residents of Broomfield and surrounding areas. Preliminary estimates  have the attendance count at over 350 people visiting the first two events! Children enjoyed winning prizes at the carnival games, hopping in the  bouncy house and having their  faces painted with hugging their new balloon animals. Watching the children run and play was a joy for the parents  and BCAH alike. If you missed June and July's Summer Sundays events, be sure to mark your calendar for the upcoming Summer Sundays  event on August 14 featuring the Metropolitan Jazz Orchestra. See you there!​​​​​ 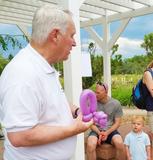 A swinging event for a good cause

By Terri Chance
For the Broomfield Enterprise

"Doing something good for the community, while enjoying the swinging sounds of the 40s era big bands will go hand-in-hand next week at the Broomfield Auditorium. The second annual fundraiser for the Broomfield Council on the Arts and Humanities is combining a live concert from the golden era of swing with popcorn, beer and a silent auction - all in the name of doing something great for Broomfield. It doesn't get much better than that. Like the first fundraiser held at this time last year, this year's program will feature well-known local artist, Lannie Garrett, who will entertain the audience with songs from Benny Goodman, Count Basie and Duke Ellington.

Garrett labels her show, "Benny, Basie and Beyond" fondly calling these great musicians of days gone by the "kings of swing." But her concert is more than just about the singing. "I will be backed by a fabulous band of musicians

who will have the audience's feet tapping. I promise," she said. The funds raised from this concert will go to the general operations of the BCAH, a non-profit organization that has been supporting and promoting the arts in the

community for more than 40 years. "The city of Broomfield generously provides office space for BCAH at the Brunner Farmhouse, but BCAH relies on support of the community to continue its mission to ensure that the arts are present and accessible in the Broomfield community, " said Sherill Bunetta, co-president and treasurer of BCAH said.

The evening will not only be filled with music, but the BCAH is also bringing one of Broomfield's breweries, Wonderland Brewing, to the lobby of the Broomfield Auditorium for craft beer tasting, along with a trail mix and popcorn bar from The Dessert Stand. A silent auction is also being held in the Auditorium lobby. "Many businesses and arts groups have been kind enough to donate items to be auctioned off at the benefit," said Keri Dillingham, office manager of BCAH. Items will be grouped in baskets and will include things like event tickets, season concert passes, bottles of wine, CDs, candies, holiday-themed decorations and gift certificates. "There will also be a commemorative basket given as a prize to the winner of the game 'Grins & Frowns' that will be played prior to Lannie

and her After Midnight band's performance," Dillingham said. It will include venue tickets, gift certificates to Buca di Beppo, Wonderland Brewing, beer glasses, The Dessert Stand items, and CDs from Garrett. The total value, Dillingham said, is more than $200.

The cost for the evening is a little less for BCAH members. Residents of Broomfield, and even non-residents, are encouraged to become members by donating an individual or household membership fee of $25, or a business donation of $50 annually. "Discounted tickets to select events are one of the benefits of being a member of BCAH," Dillingham said, "along with receiving a mailed quarterly newsletter covering local community arts and cultural events."

The BCAH develops and invests in artistic and cultural experiences for the community, including Little Noon Music and Summer Sundays at the Brunner Farmhouse; the Broomfield Days Poster Contest; ASTER Women's Chamber Choir; the Student Art Show and Broomfield Art Guild; the Broomfield Symphony Orchestra and the Children's Dance Theater. "BCAH offers many opportunities for an individual to experience art, music, dance, theater and cultural programs as a volunteer, participant or attendee," Bunetta said,

Garrett recently sold her nightclub, "Lannie's Clocktower Cabaret" on the 16th Street Mall in Denver, and was just inducted into the Colorado Music Hall of Fame. She said her plan is to "kick back and do some other things." She isn't retiring just yet, and is still performing at private and charity events and a few theaters in Colorado. She performed a Frank Sinatra tribute at the Broomfield Auditorium last year and said it was a lot of fun. Although she's performed all around Colorado and in Europe, she said people are people everywhere.

"I love performing for them, no matter where. It's the reason I wanted to be in show business," Garrett said. "I love connecting with the crowd." She believes the arts are important in every community. "I feel art and creativity are what make us human. Without a creative connection to the world around us, we are simply robots," she said. "Whether we create by painting, landscaping, cooking, or a million other expressions, I believe it is our nature to create." At next week's BCAH event, Garrett said she wants the audience to have fun and enjoy themselves. "I love it when an audience feels free enough to move and express themselves," she said.

(This article has been republished; click here for the original article)

"I wanted people to get a feel for Broomfield from my piece," Gibson said. "I included the mountains and the pretty flowers and then the bird just kind of flew through the art."

Even though she lives outside of Broomfield in an unincorporated area, Gibson has a stronger connection to Broomfield than most. About 10 years ago, Gibson was at the Mamie Doud Eisenhower Public Library presenting at small art gallery when she was suddenly struck by a heart attack.

"It was what is called a widow maker," Gibson said. She continued to describe how the North Metro Fire Rescue District came to her rescue and transported her to the Good Samaritan Medical Center within the "golden hour."

"They saved my life that day," Gibson said. "Ever since, I have had this really good connection to Broomfield and the people in it."

Unlike previous years — which have seen relatively few submissions to the contest — this year's 17 entries provided Gibson with a good challenge. Although she entered the contest for fun, her background in art gave her a competitive edge.

"I used to be the president of the Broomfield Art Guild before the heart attack, and I am also still a member of the Arvada art guild," Gibson said. "Art has always been a big part of my life."

Since her heart attack, Gibson has stepped down as president of the Broomfield Art Auild but has remained actively involved in multiple art guilds throughout the area. "My family has always been a big support for my art," Gibson said, which equates to a great deal of support. Gibson and her husband have seven children, 23 grandchildren, and an additional 10 great grandchildren, all of whom have expressed their excitement at Gibson's achievement. Since the announcement Thursday night that she won the contest, Gibson has been invited to attend Broomfield Days and help showcase her art.

Second place in the poster contest went to Shirlee Akemi Miyake for "Celebrate Nature." She took home a $50 prize. All 17 submissions to the poster contest will be hung in the Broomfield Community Center for the month of September so that they can be viewed by the entire community.

"Ever since being in hospitals and so forth, I have always wanted to make a poster," Gibson said. "This really is a dream come true."

To order a signed copy of the official poster for Broomfield Days and support this community contest, please contact BCAH by calling 303-460-6800 or sending an email to bcah@artsinbroomfield.org.

With Lannie's eagerly anticipated upcoming special performance at the Broomfield Council on the Arts & Humanities Benefit on February 8 at the Broomfield  Auditorium, BCAH decided it is a perfect time for the fans to get to know her a little better (not that Lannie holds anything back from her audience ;-)). Lannie

kindly participated in an exclusive interview with BCAH's office manager, Keri Dillingham. And don't forget to buy your tickets to the upcoming show by calling  303-460-6800! Click here to read the full interview  and let us know what you think by submitting your comment through the "Contact Us" tab at the top of this page. 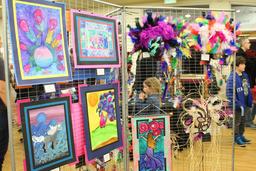 Click here to read the entire article by the Broomfield Enterprise

A few years ago Broomfield artist Kim Touysinhthiphonexay captured a sunset from Outlook Trail, which would later serve

as inspiration for this year’s Broomfield Days Poster. “I noticed the great sunset from my house and was headed to the

Ruth Roberts Open Space overlook to take pictures, but saw the sky and took this picture before I event got there,”

Touysinhthiphonexay said. “In a way, it is representative of what anyone can see anywhere in Broomfield.”​​​ 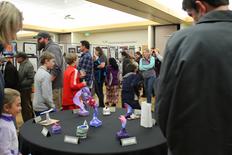 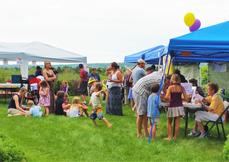 The Student Art Show was a spectacular success for its 38th year in Broomfield! The Broomfield Council on the Arts & Humanities and Broomfield Recreation Services are thankful to the artists, pianists, art teachers, and attendees that made this year's show an amazing event. Opening night boasted several hundred attendees who "ooohed" and "ahhhed" over the impressive artistic talent of the community's children. Adding to the night's ambience, exceptional youth pianists, who performed in the Broomfield Piano Festival, played complex pieces as guests enjoyed hundreds of artwork from over hundred entries. This annual show held each March is open to students in grades K–12 attending Broomfield area schools. It's designed to give students an opportunity to display their work and allow the community a chance to view the artwork created by young artists in Broomfield.

Your donation allows BCAH to continue its efforts to promote and support programs for both children and adults alike. Support community arts today with a donation! 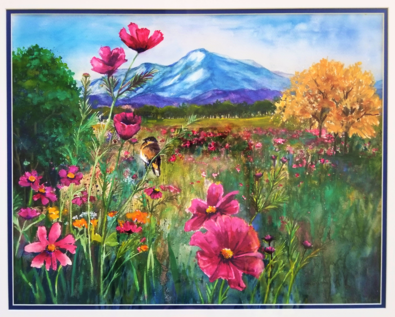 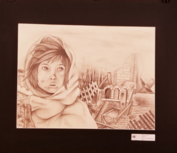 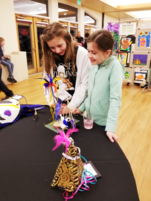 The theme for this year’s Broomfield Days Poster Contest, sponsored by the Broomfield Council on the Arts and Humanities, was based on the Broomfield Days  City and County logo theme, “Work, Play, Community, Together.” The winning entry was chosen after a round of blind judging by Broomfield Police Chief  Gary Creager and North Metro Fire Department’s Chief Dave Ramos. The 1st and 2nd Place winners were announced at a public reception for the participating  artists on July 28 at the Brunner Farmhouse. This year's 1st Place winner was Chris Lancaster's "Together," which will become the official poster for Broomfield  Days 2016. The 2nd Place award went to Keri Dillingham's "Hear the Music of Broomfield's Community." Both entries are available for viewing at the Mamie Doud  Eisenhower Public Library until August 31.

To order a signed copy of the official poster for Broomfield Days 2016 and support this community contest, please contact BCAH by calling 303-460-6800 or send  an email to bcah@artsinbroomfield.org. Posters will also be available for sale and pickup at BCAH’s Broomfield Days booth on September 17 at which time you can  meet the winning artist.​​ 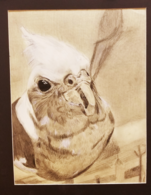 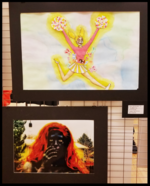 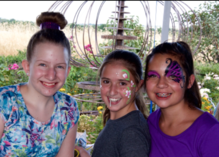 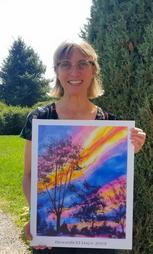 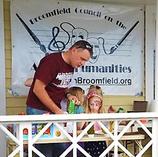 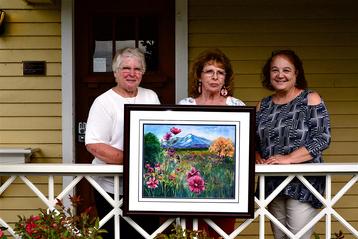 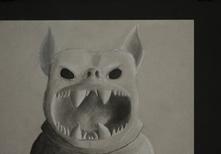 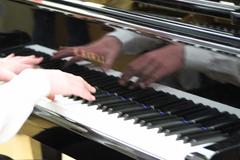 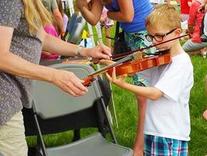